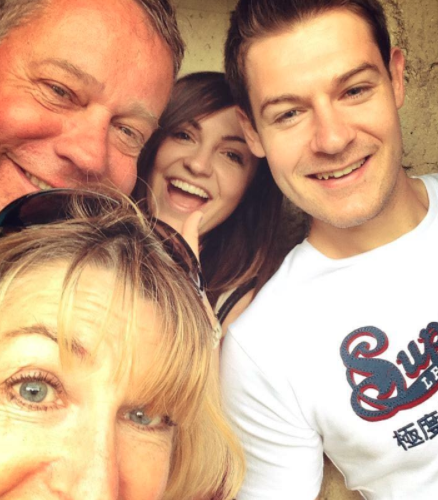 Today marks almost 10 months since my dad died. Looking back on the last 10 months, It’s extremely hard to comprehend how quickly time has gone and how much life has changed because it evidently does after any loss. However throughout the huge array of negative emotions that i’ve gone through, some positive things (that I never thought would ever materialise again) have also arisen.  Now believe me I would trade in an instance, all of the positives to have one last proper conversation with my dad or at least get the chance to say goodbye. However there is nothing more self destructive than ruminating on the ‘what if’s’, or at least thats what i’ve found true for me. So today I didn’t want to write about a number of months that have gone by since I last spoke to my dad or my feelings towards it. Instead I wanted to talk about the main reason I started this blog.

To a lot of my good friends they’ll know that i’ve always written, be it songs or poems. However after my dad died, I knew in the midst of loss of control over my emotions and feelings, I was determined to write something that I could read at my dad’s funeral. I wanted to write something that would encapsulate what I wish I could have said to my dad at the moment but also serve as a reminder of his life in my writing (something I never thought i’d be doing so soon). So I wrote a poem and read it in front of the many friends and family who attended his funeral.

After the funeral I didn’t read over this poem again, I didn’t share it with anyone but those at the funeral and left it very much untouched. However reflecting on the last 10 months, that poem was the fundamental reason for why I started to write again. I’d never shared any of my writing in public before and after I had, it gave me the confidence to create this space. A space where I could be open, express how I felt about grief and loss but also write honest content people could relate to.

I truly never thought i’d post this poem on the internet however I also never thought I would have started this blog either. So if these words resonate with someone, somewhere thats going through a loss then I guess i’ve achieved the ultimate purpose of why I love to write.

To me “These Words” (what I named the poem) served as the last conversation I would ever have with my dad and for that reason I did have it copyrighted just because I wanted to keep the original unaltered.

So if you were ever looking for a back story as to why I decided to brave it and write about my ideas on the internet, this poem was the reason and today as we bury my dad’s ashes, it seems the right time to share this.

These words were originally just for my dad but today I thought i’d share them with you.

In the words upon the sheets I hold, your pulse lives on through these.

I have written you upon this page and now you’re part of life’s big song,

and to the eyes that have not met this world, your legacy lives on.

Your charismatic nature, brings a smile to my face.

Though this world will never be the same, you’ll always have your place.

So we may not share the same sky and I so wish you were here.

But I know you’re somewhere listening and I hope it’s with a beer.

So when I look up at the blackest sky or the days that do not shine.

I know you’re looking down on me saying, “darling you’ll be fine”.

To a husband and a father and a friend so near and far,

You’re looking after all of us because you are the brightest star.

So to an eternity of freedom I will raise a glass of wine,

because your presence brought a richness to the poorest of mankind.

To a man who was so full of life in the darkest days you’ll shine.

I hope you’ve found your peace my love and one day I’ll find mine.

So no matter where you are in this world dad and no that no matter where these words go. We will forever miss you and remain the family of four we were, but maybe after today we’ll start to find that peace i’ve been so desperate to find.